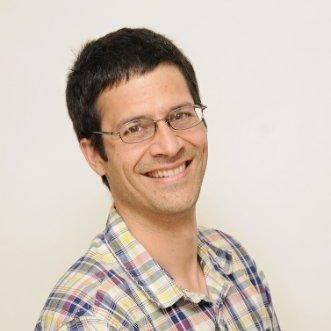 We recently worked with a client to help them with their cloud migration and with exploring options to migrate data from Microsoft SQL Server to PostgreSQL.

Data migration for existing applications is one of the key aspects to consider as part of cloud migrations. Since we want to minimize outages and the possibility of data loss/disruption, it’s best to minimize any manual activity and human error and also to automate the data migration process as much as possible. Once the process is automated it can be easily applied to different database instances across the organization.

With the goal of automating the process as much as possible, this post will describe the steps needed to create a Docker image to run the data migration using sqlserver2pgsql.

First, we’ll take a look at the different tools and services used in the database migration process in this post and then go into the weeds of the actual migration. You’ll also find a link to the source code at the end of this post.

Since the database migration process will be migrating live data between the source and target databases, we’ll need to make sure that our Docker container will have network connectivity to both databases.

Since our client was using Azure SQL Database, we’ll also include some details specific to that in this post.

PostgreSQL is an open source object-relational database system and it’s also available as an option to run as a relational database on the top 3 cloud providers (AWS, Azure and Google Cloud). We’ll be using PostgreSQL as the target database where we’ll be migrating the data to further down in this post.

According to the author of sqlserver2pgsql, the tool should support most versions of Microsoft SQL Server.

Pentaho Data Integrator (aka Kettle) is an open source (GPL v2) Extract-Transform-Load (ETL) tool made by Pentaho. It’s built on Java and uses JDBC to connect to the source and target databases.

Sqlserver2pgsql generates a Kettle job file and we’ll pass it to Kettle to run it to migrate the data from Microsoft SQL Server to PostgreSQL.

Docker is a set of platform as a service products that use OS-level virtualization to deliver software in packages called containers. – Wikipedia

Using Docker containers and Docker’s build once run anywhere model we can easily run applications like sqlserver2pgsql both locally and in the cloud. This makes it an ideal tool for creating a cloud agnostic database migration process that can be used in most IT infrastructure.

Overview of the Migration Process

The above flow chart highlights the main steps needed to migrate both schema and data from Microsoft SQL Server to PostgreSQL. Each step will be discussed in detail below when covering the steps to build and run our custom Docker container.

As discussed above, using a Docker container for our database migration process will make it portable and cloud agnostic.

In the next steps we’ll build a Docker image to have the necessary dependencies (sqlserver2pgsql, Kettle, db driver, etc.) installed and we’ll also include a script that will execute the different steps of the migration process.

Once we have the Docker image created, we’ll be able to deploy it as a running Docker container that can run the database migration process.

In order to build a Docker image, we’ll need to create our custom Dockerfile that contains the instructions for building the image.

Let’s build our image on the OpenJDK 8 container as it will be needed to run Kettle to migrate the data. Note that Kettle currently doesn’t support JDK 9 or higher:

We’ll also need to define a few environment variables to configure the source and target databases:

After that we’ll need to install Pentaho Data Integrator (Kettle) to run the data migration, as it’s required by sqlserver2pgsql:

Then we’ll also need to install jTDS, an open source JDBC driver used by sqlserver2pgsql to connect to SQL Server in the Kettle job:

The last thing to install is sqlserver2pgsql. Please, note that we may also need to use a few sed commands to customize the way we connect to the source and target databases:

The first sed command will update the Kettle job file to include the ssl=require param in the SQL Server JDBC URL. Note that it’s only needed when connecting to Azure SQL, otherwise it can be excluded.

The second sed command is only needed if connecting to PostgreSQL via SSL certs, otherwise it can be excluded, too.

When SSL certs are used, we’ll also need to copy them to a folder where the Docker container will be able to access it during the migration process (see details later). To be able to use SSL certs with PostgreSQL, the second sed command will update the Kettle job file to include the

Finally, we need to configure the migrate.sh script that we’ll use to run the Kettle job to migrate the data and to set the working directory:

In the above code snippet we’re mounting the local ./scripts folder that contains our script file.

The migrate.sh script is responsible for creating the database schema in PostgreSQL and migrating the data from Microsoft SQL Server to PostgreSQL using the Kettle job generated by sqlserver2pgsql.

Now, let’s look into the content of the script.

It will need bash to run:

Let’s also configure the script to fail if any of its commands fail:

Then we’ll need to run the sqlserver2pgsql.pl script to convert the SQL Server schema file to PostgreSQL scripts and to generate the Kettle job files that will process the data migration between the source and target databases:

Once this command is executed, sqlserver2pgsql.pl will have the Kettle job generated at $MIGRATIONDIR/kettlejobs/migration.kjb, which we’ll come back to shortly.

Next we’ll run the before.sql script.

Use below command, if using SSL certs to authenticate with PostgreSQL (note the sslmode, sslrootcert, sslcert and sslkey params needed for that):

Use below command, if only using username / password to authenticate with PostgreSQL:

The following step is optional, in case the superuser permissions are not granted to our postgres user. For example, this is the case when using Google Cloud SQL for PostgreSQL:

Lastly, let’s run the after.sql script. Similar to the before.sql script we need to use different commands depending on whether we need SSL cert based authentication with PostgreSQL or not:

Use below command, if using SSL certs to authenticate with PostgreSQL (note the sslmode, sslrootcert, sslcert and sslkey params needed for that):

Use below command, if not using SSL certs to authenticate with PostgreSQL:

In order to build our docker container, run the following command:

Before starting the data migration we’ll need to export the schema file from SQL Server. See below steps to do that using SQL Server Management Studio.

In SQL Server Management Studio, right click on the database you want to export and select Tasks / Generate Scripts…

Select the tables you want to export (or select all), then click “Next”

Select ‘Save as a script file’, select the ‘Single script file’ option and save the script file as schema.sql under folder <project root dir>/conf (create the folder, if necessary).

Also, select unicode encoding to ensure that all possible naming conventions are permitted and does not cause any unnecessary issues. Click “Next”

Note: This step is optional and only needed if SSL certs are used for PostgreSQL authentication.

For example, in the case of Google Cloud follow steps at https://cloud.google.com/sql/docs/postgres/configure-ssl-instance to download certs. You may need to download the client key cert from the GCP Secret Manager.

Once the certs are downloaded, copy them to folder <project root dir>/conf.

Now that we have completed all the prerequisites, we’re ready to start the data migration process by running the /scripts/migrate.sh  script in the Docker container that we created. As discussed earlier, the script will execute these steps:

See below command to run the Docker container to migrate the data. Note that here we’re mounting the conf dir which includes both the schema.sql file and the certs, if using SSL cert based authentication with PostgreSQL. The SSL certs will be needed in the migrate.sh script (see above):

Notice the double quotes around the passwords, as it will be needed in case a password includes any special character.

Once the data is migrated to the target database it is critical to verify that the migration process completed successfully and we still maintain data integrity in the target database. As a result, we need to make sure that no data got lost and there was no data mismatch.

Also, we’ll need to verify that the application code can connect to the target database and access the migrated data.

There are different levels to confirm the success of the data migration process and ideally it’s best to strive to automate as many steps as possible.

See below a list of our recommended verification steps:

Both the data migration and the verification processes should be run in lower environments first to minimize risks of things going wrong in the production environment.

Testing these processes in staging / pre-prod environments may also help forecasting the expected downtime in the production environment that could be communicated with the project stakeholders and the customers.

In this post we discussed the steps needed to migrate data from SQL Server to PostgreSQL using sqlserver2pgsql running in a Docker container.

Here’s the link to the git repository with the source code for building the Docker image: https://github.com/Nuvalence/sqlserver2pgsql-docker.